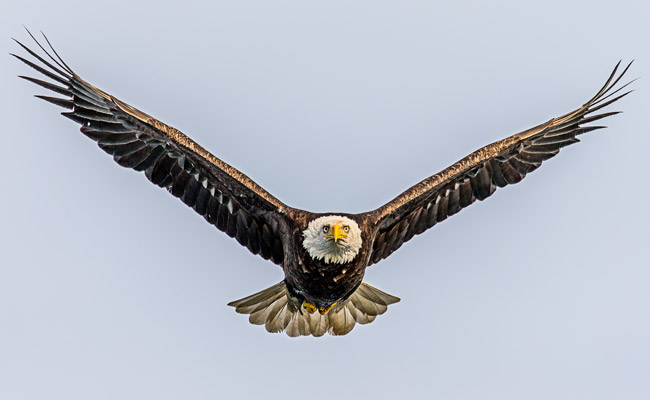 The Siberian tiger is one of the biggest cats on Earth, weighing 300kg: the same as almost four average humans. In the forties of last century their numbers fell to a total of 40. But nowadays their numbers are around 450.

During the 1800s the Grey Whale was nearly hunted to extinction. But they have recovered during the 20th century to around 23000. Their only natural predators are killer whales and us humans.

It was thought that the Bermuda Petrel was extinct for over 300 years. But in the year 1951 around 18 nesting pairs were found. Nowadays almost 250 birds are alive.

Due to habitat destruction it was predicted that the Mountain Gorilla would be extinct around the year 2000. But by conservation and population management the numbers have been risen to 750 today.

Between 1800 and 1900 the North American Bison was an easy target for hunting. Just in one century the numbers fell from 40 million to somewhere under 1000. Although there are only 20.000 living in the wild, due to commercially breeding the numbers are now around 500.000.

The takhi is considered to be the only wild horse in the world. There were only 12 breeding takhi in 1945. But with breeding programs across 16 countries the number exceeds 600 nowadays.

The Golden Lion Tamarin is a Brazilian monkey that commonly gives birth to twins. During the eighties from last century there were only 200 monkeys left due to deforestation. Nowadays around 1000 live in the wild.

Due to poaching there were only 75 White Rhinos left in the early 20th century. As an official protected species the population has risen to over 16000.

In Chinese ‘Tu Long’ means ‘Muddy Dragon’ and it is one of only two alligator species in the world. In the wild fewer than 200 exist, with a few thousand living in captivity.

In 1960 there were only 417 nesting pairs left in the USA. By banning hunting and the DDT pesticide it helped recover the population to around 100000, saving the symbol of the USA.