The Netherlands now has more than 2,200 wind turbines 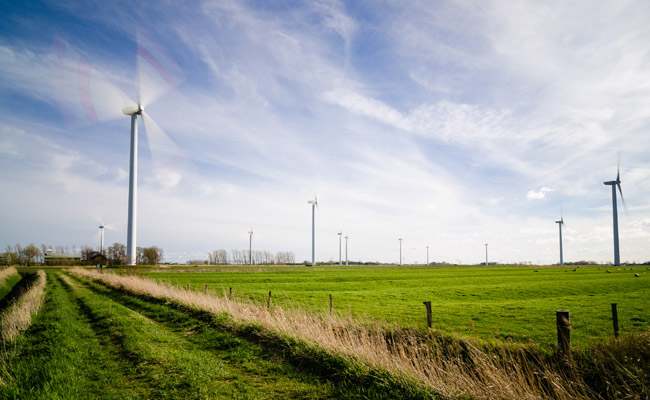 A record 153 wind turbines were erected in the Netherlands during 2015, taking the total to some 2,200, according to new figures from wind energy association NWEA.

‘The increase might not seem much, but many of the existing turbines have much smaller capacity than the new ones,’ spokeswoman Marijn van der Pas told broadcaster NOS. The new turbines supply enough energy for 473,000 households, adding around 20% to capacity at the beginning of last year. In total, the Netherlands now produces enough wind energy to power 2.4 million households, NWEA said.

Nevertheless, total production at 3,379 megawatts is only a third of that envisaged in the national energy agreement, which is supposed to ensure the Netherlands meets EU sustainable energy targets by 2023. However, Gijs van Kuik, head of the wind energy institute at Delft University, told the broadcaster the Netherlands is likely to meet its targets, particularly because of the development of offshore wind farms. The offshore plans in particular face considerable local resistance. In November, the Volkskrant reported that five seaside resort town councils have given money to campaigners opposed to the development of offshore wind farms.

In total, the councils, including Wassenaar and Zandvoort, have donated €85,000 to the Vrije Horizon foundation which is lobbying against national government backing for the wind farms. The energy agreement signed between ministers, industry and green groups in 2013 included major offshore wind farms. By 2023, some 16% of the energy used in the Netherlands is due to come from sustainable sources. The current figure is around 5%.