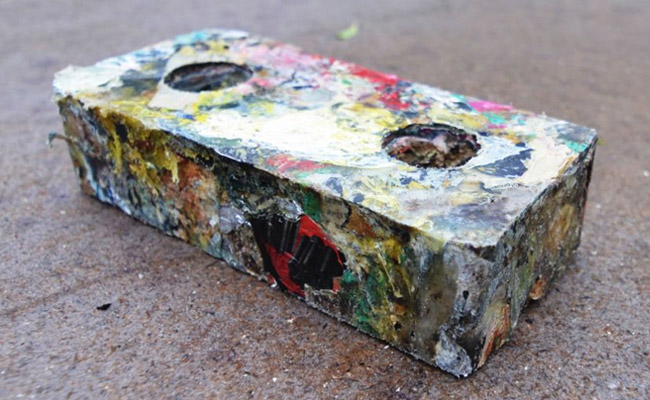 Wouldn’t it be great to take the plastic bags that fill refuse stations in India and convert them into bricks, strong enough to build houses fit for monsoon rains? Danish student Lise Fuglsang Vestergaard is well on her way to doing just that.

The idea for the project originally arose in 2013 when, as part of her studies in design and innovation, Vestergaard spent three months in India developing a refuse collection system for the extremely poor city of Joygopalpur. The Indian people are already committed to collecting refuse, as they can earn a few rupees by delivering it to recycling stations.

However, they generally leave soft plastic waste behind, because it’s apparently difficult to find uses for it. As a result, this type of plastic is causing an increasingly significant refuse problem in India.

When Vestergaard noted how the clay-brick houses were almost washed away during the monsoon season, she quickly put two and two together. Would it be possible, she wondered, to use the plastic to make bricks – thus solving two problems simultaneously?

On her return to Denmark, Vestergaard began experimenting and melting plastic into moulds in an ordinary oven. She has now developed a series of plastic brick prototypes. Subsequent testing at DTU has revealed that the bricks can withstand up to six tonnes of pressure.

To establish brick production in India, Vestergaard has to come up with a method for melting the plastic that does not involve electricity – because there is no access to mains electricity in Joygopalpur.